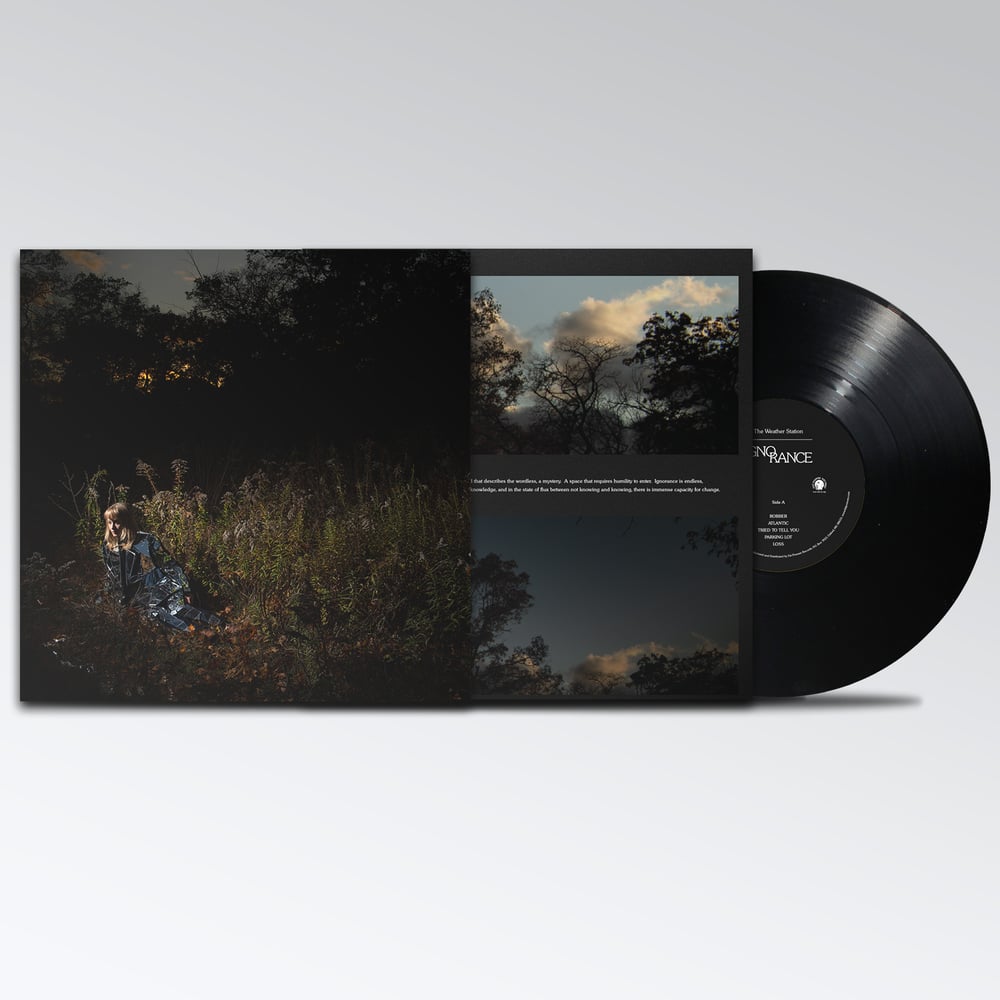 Ignorance, the new album by the The Weather Station, begins enigmatically; a hissing hi hat, a stuttering drum beat. A full minute passes before the entry of Tamara Lindeman’s voice, gentle, conversational, intoning; “I never believed in the robber”. A jagged music builds, with stabbing strings, saxophone, and several layers of percussion, and the song undulates through five minutes of growing tension, seesawing between just two chords. Once again, Toronto songwriter Tamara Lindeman has remade what The Weather Station sounds like; once again, she has used the occasion of a new record to create a new sonic landscape, tailor-made to express an emotional idea. Ignorance, Lindeman’s debut for Mississippi label Fat Possum Records, is sensuous, ravishing, as hi fi a record as Lindeman has ever made, breaking into pure pop at moments, at others a dense wilderness of notes; a deeply rhythmic, deeply painful record that feels more urgent, more clear than her work ever has.

On the cover, Lindeman lays in the woods, wearing a hand made suit covered in mirrors. She was struck by the compulsion to build a mirror suit on tour one summer, assembling it in a hotel room in PEI and at a friend’s place in Halifax. “I used to be an actor, now I’m a performer” she says. In those roles, she points out, she often finds herself to be the subject of projection, reflecting back the ideas and emotions of others. On the album, she sings of trying to wear the world as a kind of ill fitting, torn garment, dangerously cold; “it does not keep me warm / I cannot ever seem to fasten it” and of walking the streets in it, so disguised, so exposed. Photographed by visual artist Jeff Bierk in midday, the cover purposefully calls to mind Renaissance paintings; with rich blacks and deep colour, and an incongruous blue sky glimpsed through the trees.

The title of the album, Ignorance, feels confrontational, calling to mind perhaps wilful ignorance, but Lindeman insists she meant it in a different context. In 1915 Virginia Woolfe wrote: “the future is dark, which is the best thing a future can be, I think.” Written amidst the brutal first world war, the darkness of the future connoted for Woolfe a not knowing, which by definition holds a sliver of hope; the possibility for something, somewhere, to change. In french, the verb ignorer connotes a humble, unashamed not knowing, and it is this ignorance Lindeman refers to here; the blank space at an intersection of hope and despair, a darkness that does not have to be dark.